Singer Songwriter from the Shenandoah Valley

Scott grew up in the Shenandoah Valley of Virginia, absorbing its rich story-telling tradition and Appalachian music legacy. His first album "The Old Man Dreams," a collection of original material, was a regional success. Scott moved to Nashville in the early 1990's. While there, he opened for Emmylou Harris, Bruan Bowers, Goose Creek Symphony and Suzy Bogguss. He also shared the state with Willie Nelson, Lyle Lovett, Shelby Lynn, Mary Chapin Carpenter, Kathy Mattea and Henry Gross. Scott was named Grand Prize winner at the Gumtree Folk Festival, and was a regular performer at Townes Van Zandt's bar in Nashville. 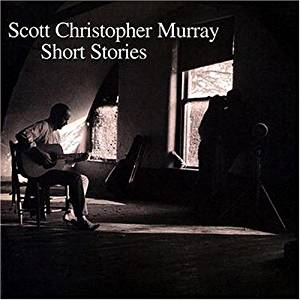 Before leaving Nashville and returning home to Virginia, Scott wrote and produced the songs on his second album, "Short Stories." Two of these songs were selected by Virginia-based DCD Records in 1998 to appear on a compilation of Shenandoah artists. Shortly after the release of this compilation, "In the Shadow of the Blue Ridge," the Canadian Games Commission and the Canadian Broadcasting Corporation accepted one song for consideration for the 1999 Pan American Games. The song, "Manitoba, " was written by Canadian Dean Sayln and sung by Scott Christopher Murray.

To Book Scott Murray and his Band Contact Us